Is It Profitable to Invest in Feed Pellet Mill Line in Iran?

Is it profitable to invest in feed pellet mill line in Iran? The answer is yes. Iran has major plans for modernising its domestic feed industry. Besides modernising the feed industry, Iran has set its sights on exporting large quantities of feed across the Middle East. RICHI Machinery talked with Dr Majid Movafegh Ghadirly, Chairman of the Iran Feed Industry Association.

What is the capacity of Iran's feed production per year and what is your forecast for production in 2030?

“The established production capacity of Iran's animal feed industry is 21 million tonnes of production per annum. However, Iran’s actual production performance was around 11 million tonnes in 2019, 6.3 million tonnes of which was livestock feed, 4.2 million tonnes poultry feed and 400,000 tonnes aquaculture feed. Also, around 100,000 of feed was produced for other species such as camels, ostriches, turkeys, pets, etc. By 2030, population growth is expected to drive domestic feed demand to 26 million tonnes. It is anticipated that about 200 animal feed mills will be established in the country, with a total capacity of about 7 million tonnes. In 5 years feed produced on animal farms will be banned. The government provides the animal feed sector with appropriate facilities for supporting working capital, as well as facilities for modernising the equipment on production lines and for protecting the environment, So there will be strong support for feed production at the feed mills. In addition, more than 19.5 million tonnes of agricultural and horticultural residues are produced annually in the country and there are 5 million tonnes of waste from food factories and food industries that are not yet fully used for animal feed. However, last year we used leftovers of pistachios, sugarcane, dates and potatoes for ready-to-use feed, so this is one of the serious steps we are taking towards sustainable development.”

Why does the Iranian government want to ban on-farm feed production by 2023?

“Like everywhere, animal feed safety, health monitoring and sustainable development throughout the supply chain are important issues in Iran. Also, as Iran’s economy moves towards complete economic liberalisation, we will welcome an oil-free economy. For this reason, the government is planning to remove production subsidies and, as a result, feed production at animal farms will no longer make any economic sense, so it should be withdrawn without any ­additional incentives.”

Are there any efforts to increase production raw materials, such as corn and barley? What is the forecast here?

“Nowadays, 80% of animal feed raw materials are imported and self-sufficiency cannot be achieved in the near future, but imports could be decreased by increasing productivity as well as by reducing the production conversion coefficient of the milk, meat, and eggs. Iran produces 17% of its required corn domestically and the rest is imported. Iran is the 6th largest importer of corn in the world. In the case of barley, we import 50% of our needs. Also, we import 40% of soybean meal and the remaining 60% are provided through soybean crushing. In terms of oil seeds, the government has planned to plant alternative crops.”

What is the situation regarding feed additives and premixes, such as amino acids? Are there any problems in this area because of currency exchange fluctuations?

“In 2019, Iran imported 99,000 tonnes of amino acids, supplements and feed additives worth € 300 million from 41 countries. We had no problems with currency fluctuations when importing feed additives. However, we are facing serious challenges in transferring money due to the sanctions on Iran’s banking sector. The most common poultry concentrates sold and used are at 2.5% and 5%. The total demand for these types of concentrates is 380,000 tonnes, about 150,000 tonnes of which are manufactured by Iran’s animal feed mills. Poultry premixes in Iran are mainly mineral and vitamin supplements of which about 65,000 tonnes are produced by Iranian feed mills. Farmers prefer to buy mineral and vitamin supplements separately and mix them on site. A considerable potential is seen in the concentrates market. The livestock industry requires a total of 60,000 tonnes of premixes and 10% or 6,000 tonnes is manufactured by feed mills.”

In 2019, animal feed exports grew by 139% in physical terms and 135% in monetary terms. Today, animal feed products are exported to 18 countries in the region. Export volume amounted to 240,000 tonnes, but the potential of export supplies to the regional countries is estimated to be more than 1 million tonnes. We have proposed a plan to the government to give a 1-year usance to foreign customers. Moreover, preferential tariffs should also be considered for Eurasia, Iraq and the Gulf States such as Qatar, Oman and Kuwait."

The above is an interview with Dr. Majid Movafegh Ghadirly, Chairman of the Iran Feed Industry Association in early 2020. However, in the second half of 2020, the shortage of supply and high prices in the Iranian feed market paralyzed thousands of poultry farmers. The country’s government is failing to distribute enough feed among poultry farms at a guaranteed price, Habibollah Asad-Nejad, the deputy head of Iran’s Chicken Producers Association, told the local news outlet IRIB. 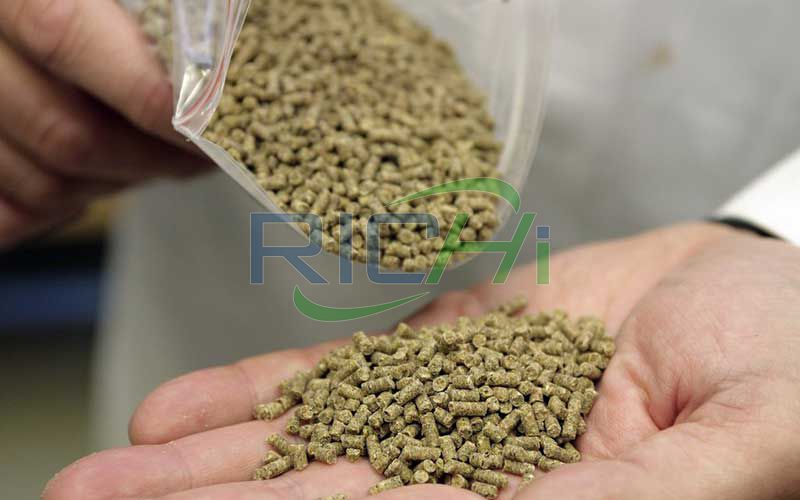 Since May 2020, the government has only been able to supply 50% of poultry farms’ demand in feed, Asad-Nejad estimates. The feed supply problems have already driven 7,000 poultry farms out of operation and prompted numerous hatcheries to cut down on production. The supply disruptions are caused by the ongoing downward rally of the Iranian currency. At this moment in time, the total production of day-old chicks is about 110 million per month, while before the Covid-19 pandemic, this was 120 million. In May of 2020, the acute shortage of poultry feed on the domestic market has prompted hatcheries to bury day-old chicks alive because no one was buying.

The last:What Are the Benefits of Adding Algae to the Production of Laying Hens Feed for Feed Mills? The next:Macadamia Nut Cake Is a Good Substitute for Protein in Chicken Feed